Setting up XHProf/XHGui profiling with Ansible

Once in a while I think about profiling my web applications to see if I can get them to run faster. There are cool tools out there like XHProf and XHGUI to help you do exactly that. And then I remember it took me quite some time to get it all set up... But now that I've started using Ansible I decided to document the set up process and share it with you. Today I will walk you through my Ansible role for setting up everything you need for profiling your first PHP script.

In the first post of this series I introduced you to Ansible. I showed you how to install Ansible, how to create a server inventory and how to execute some basic commands. In the second post I showed you you can easily organize your server configuration using roles and playbooks.

Today I will reuse the Vagrant box used in my previous posts so we don't have to install PHP and Apache anymore.

Let's start off by making a checklist of what we need:

I have created a role called profiling to bundle all the tasks, configuration and assets. You can get the source from our GitHub repo.

Have a look at install_xhgui.yml to get an idea of the cool stuff Ansible can do.

Now run the playbook with:

Now that everything is installed you can point your browser to http://10.0.0.10/profiling.php?_profile=1 and you'll see Hello World! (again).

Below that there are hyperlinks to the XHGui frontend which looks like this:

When you click on "View Call" you'll see your program's execution path. (Which does not look very impressive now but can grow very big when you have a real application). 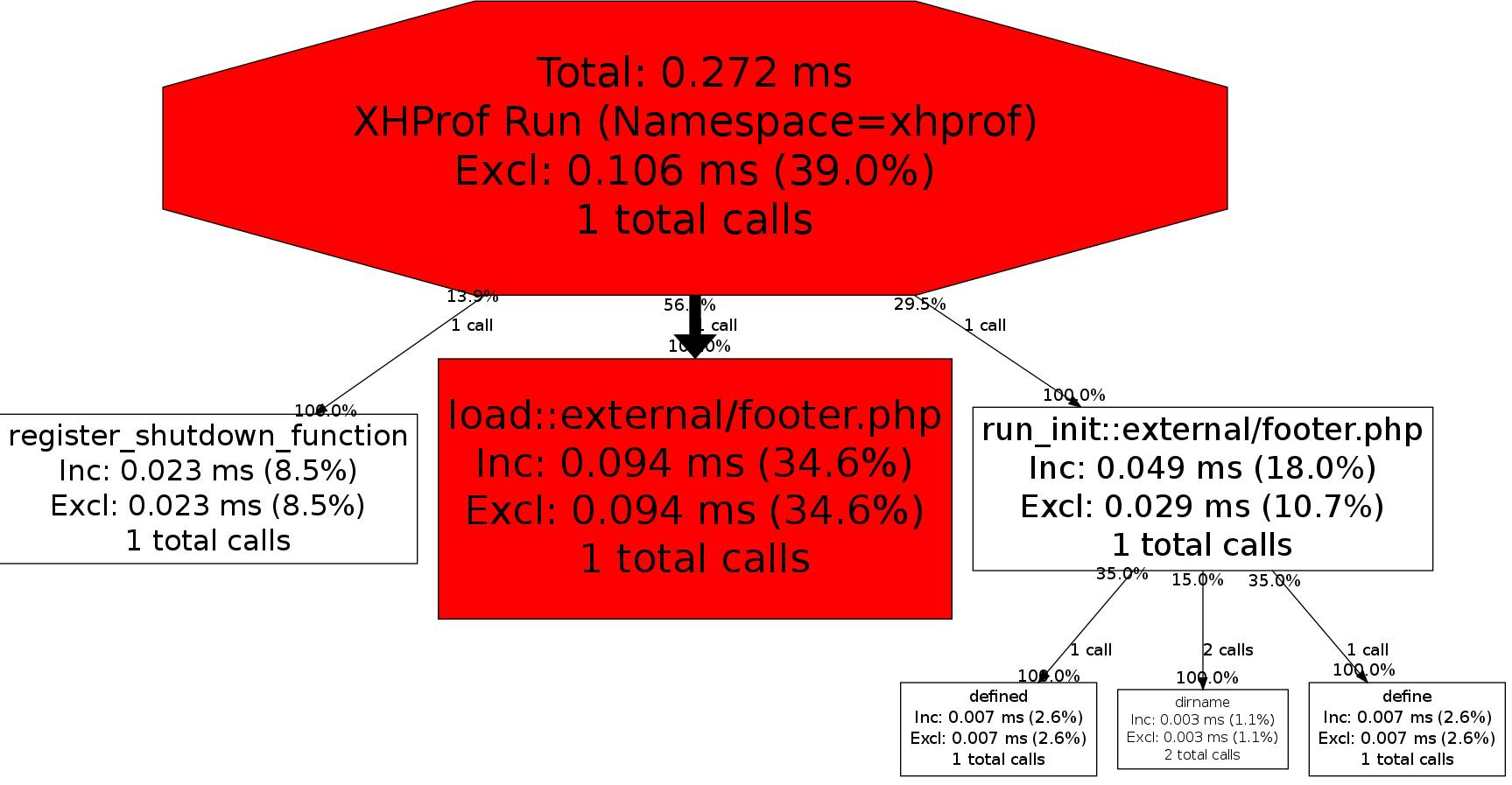 Ansible makes setting up profiling a piece of cake. Now you can focus on profiling instead of getting it all up and running.

Thanks to @lornajane for showing how to generate a callgraph!

Check these other great articles that I used for this post: